On the front page of the newspaper in the morning was the headline “Three dead, 26 injured”, and there were pictures of the protests that had gone on the day before. We walked up to the centre. We walked past a drug store and outside it was a BIG queue going up the block. The metal shutters had been pulled halfway down the windows. D asked somebody what it was all about. The store had received a delivery of toilet paper but had just run out. That’s what people were waiting for.
We had lunch in a busy restaurant on the main street, opposite the ice-cream place that holds the world record for the most flavours. There were no tables it was so busy. Then a young local guy invited us to sit down with him. He and D got to talking.
He said that he was leaving Venezuela because things were so bad. He was going to Panama sometime this year. He said that on Tuesday, things had been REALLY bad. Students in Maracaibo had taken over the airport there. He believed that war was just around the corner. He said that nowhere in Venezuela was safe, and that it wasn’t particularly safe where we were sitting now.
“OH DEAR GOD!”
I lost my appetite.
After that, things calmed down a little and we went to Los Llanos. I was happy in Los Llanos. We were fed well. We looked at animals. That’s all I need for my nerves and spirit. Everything else is just masturbation. We saw caiman, anaconda, turtles, river dolphins, piranha, capybara, iguana, and birds, thousands of birds, shots of red, white, brown, black, blue, yellow, pink. 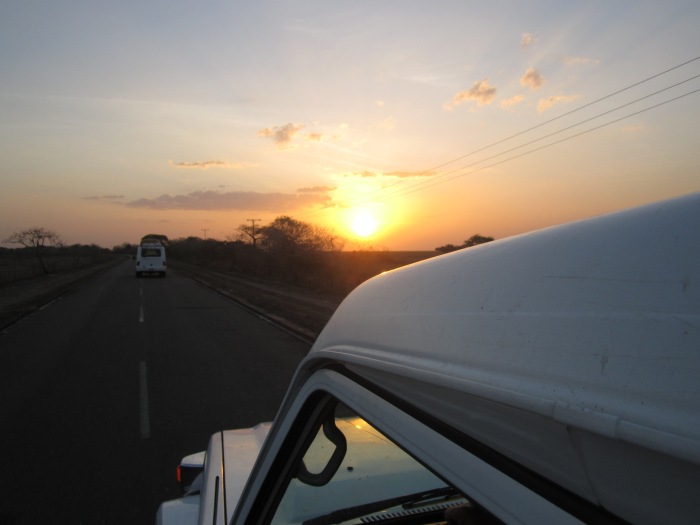 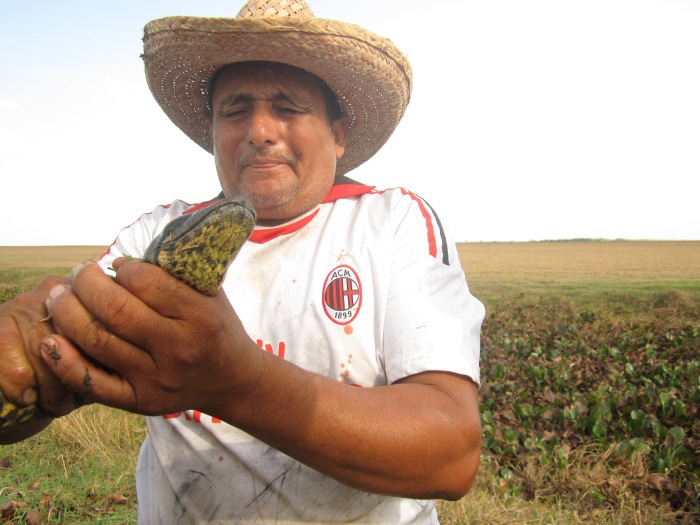