Taganga is dusty and dry and HOT. It is only five minutes over a mountain from Santa Marta, but man, it feels ten degrees hotter.
I spent most of the day dozing in a hammock. I wasn’t really hungover, just tired. Hank and Cass had arrived and we were sat talking with them when she arrived at the hostel. I said hey and she asked if we’d seen the girls, and I said I hadn’t, try upstairs. She went up.
I thought about going to talk to her for a long time. But I didn’t. When I eventually did go upstairs they weren’t there. Uh oh, I thought, I’ve left it too late. But a little while later the three of them walked past. They’d been watching a film. They went to the front gate to try and get a taxi for her. I got up and went around. They were talking to a guy working the night shift. He said he would call the POLICE to arrange a taxi.
“I can walk, it’s really no problem!”
“Ooooh oooh no you can’t!”, I said, “We were told not to walk to the beach after midnight!”
“Really?”
“Yes”, I said gravely.
The English girl and the American girl walked off leaving the two of us alone.
“So, what have you done today?”, she asked me
“Slept. Listen, did you come to the hostel this afternoon when I was asleep in the hammock?”
“No…”
“Because I’m sure I opened my eyes once and saw your face!”
“No…”
“I must have been dreaming…”
The girls came back. I asked them where the guy went. They said they didn’t know.
“I can walk!”
The English girl piped up: “It would be all right if you had SOMEONE to walk you”
I shot her a smile to show that I understood. Where’s that god damn taxi, I thought.
SHE broke the silence, “I really need to find a guy to travel with…”
I didn’t say anything. Then a group of people were walking up the hill to the gate.
The English girl piped up again: “LOOK! They walked!”
SHE stood up for me, “Yes, but they’re a group”
It didn’t feel good. I felt about six inches.
The group walked up to us. They were drunk.
“HEY! YOU GUYS GOING OUT?”
“No, we’re waiting for a taxi for HER”, the English girl answered. She looked at me.
“HEY, WE’RE GOING BACK DOWN IN A BIT. YOU WANT TO WALK WITH US?”
“Yes, please!”
Great, I thought. It’s over. Then they all sat down, got comfortable, didn’t look like they would be going any time soon. 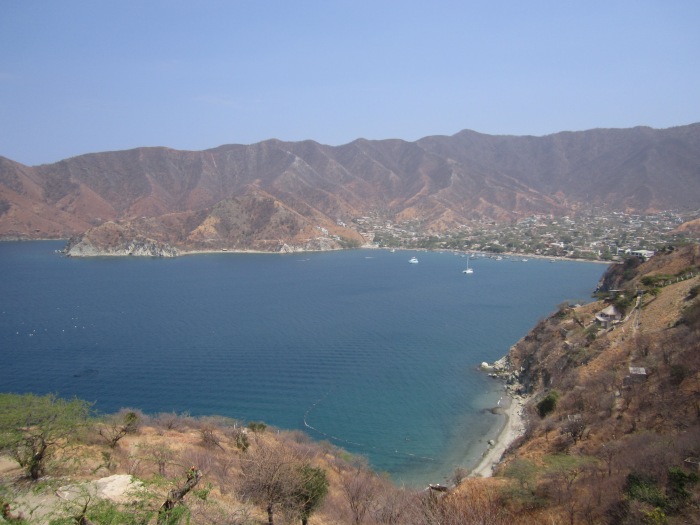 I was starting to sweat. I sat staring at the hill. The girls talked. Come on, I thought, YOU SLOW PIECE OF –
Two more figures were walking up the hill. They weren’t a group. They were an Australian couple.
Oh, for fu-
Before I could finish the thought, the girls noticed.
“LOOK!” (guess who)
“Hey guys, how you going?”
“You’ve been to the beach?”, I asked
“Yeah, it’s dead”
I don’t think I said another word. They KNEW. I felt about three inches.
The guy that had arranged the taxi appeared. He started giving me instructions on how to get back.
“No, I’m not going”, I mumbled, “Just her”
Who wants a COWARD LOSER?
I stared at the hill.
The taxi pulled up before the group were ready to go back down so we said goodbye and she got in. I didn’t even pay the fare. What was left of me, it wasn’t thinking.
She was a sweetheart. She was going to the same places that she’d been to with her x-boyfriend last year. He was also going to them with his new girlfriend. She was alone. Lonely. WHY DIDN’T YOU TAKE HER? She told me that she WANTED to stay in contact. That she’d only kissed five other boys like she kissed me. I was a dog. Maybe I should have just walked down and let something to happen to me. It was all I deserved.
I went to bed full of sadness. We spent the next day on the beach with Hank and Cass, then we went out together but it wasn’t as good. They left for Medellín early in the morning and we went back to Santa Marta. I didn’t want to be in Santa Marta. Not then.
Then Boxhead went into the hospital. We got there early and they told him that he had to stay the night. I was alone. But only for a while.